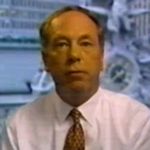 James Morgan said in a 1997 sworn courtroom testimony that tobacco is no more addictive than Gummy Bears candy. Asked by attorney Stanley M. Rosenblatt if he believes nicotine is addictive, Morgan responded,

Pharmacologically, my answer is no. If they are behaviorally addictive or habit forming, they are much more like caffeine, or in my case, Gummy Bears. I