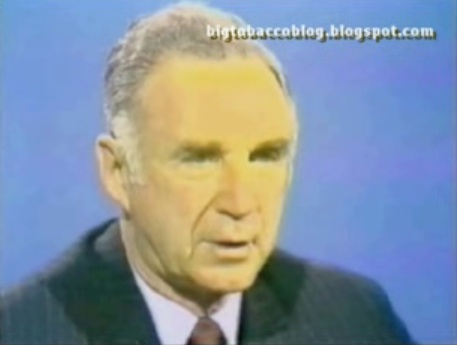 Went along with warning label. Was uncertain about about the correct direction for the company (whether Philip Morris should diversify or stay with tobacco). PM scientist William Anthony Farone was setting up deals to buy into Cetus Corp, or in the alternative Genentech. Marlboro had so much money, they didn't know what to buy next. Cullman engineered purchase of 7-Up. Vice President for Philip Morris, Inc. in 1954. He was an Executive Vice President from 1955 to 1957. He became President in 1958 and held that position until 1967. Chairman from 1968 to 1972 and in 1972 he also acquired the title of CEO. From 1979 to 1985 he became Chairman of the Executive Committee. He was on the Board of Directors from 1954 to 1985.

Joseph Cullman III's brother is Edgar Cullman, Sr., who is the chairman of the Culbro Corporation, the parent company of General Cigar, which owns and manufactures Macanudo, Partagas, Temple Hall, Ramon Allones cigars and the Garcia y Vega machine-made brand. It also owns the U.S. rights to Bolivar, Cifuentes and Cohiba cigars.[1]

In a 1971 Face the Nation Television interview, Morton Mintz of the Washington Post confronted Joseph Cullman, III (then Chairman of the Board of Philip Morris) with information about a massive study done in the United Kingdom that showed that babies of smoking mothers had a greater incidence of low birth weight than non-smoking mothers, and that babies of smoking mothers had an increased risk of stillbirth and death within 28 days of birth. Cullman acknowledged that he was aware of the study and its results. His response: "Some women would prefer having smaller babies."

When Mintz asked Cullman "What about the higher rate of death?" Cullman replied,

"I'm not familiar with that."

Joseph Cullman, III was the recipient of the memo, Industry Strategy No. 1, written by George Weissman in 1969.