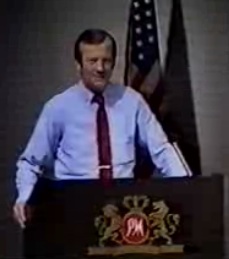 Ken Houghton gives a talk at Philip Morris after being appointed VP of R&D in 1986. Photo from the Internet Archive.