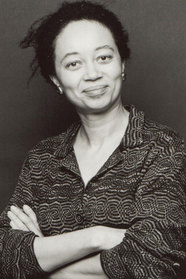 Patricia J. Williams (born 1951 in Boston, Massachusetts) is the University Distinguished Professor of Law and Humanities at Northeastern University[1] and writes the "Diary of a Mad Law Professor" column for The Nation Magazine.[2] Williams's Northeastern faculty page lists her areas of expertise as: Bioethics, Critical Race Theory, Gender, Genetics, Health Law, Law, and Literature and Technology.[1] She has written four books, most recently Open House: Of Family, Friends, Food, Piano Lessons, and the Search for a Room of My Own. Before joining Northeastern University in 2019, Williams served as the James L. Dohr Professor of Law Emerita at Columbia University beginning in 1991.[3]

Race, Gender, and the Law

As described by her biography for an October 2019 event at Harvard Law School, "Prof Williams has examined the intersecting racial, gender, and class formations in Boston and Cambridge by way of her family’s archival narratives and memorabilia, which are housed at the Schlesinger Library. Her project brings together public humanities, archive and genealogy studies, memoir studies, black feminist history, and New England history to illuminate a story of generations of black Boston life from the antebellum period to the present."[4]

In many pieces, Williams analyzes the effect of speech, representation,[5] and cultural norms[6] on American society. Two pieces since President Donald Trump's 2016 election focus on the political ramifications of hateful and divisive speech and rhetoric, discussing statements and actions by rightwing provocateur Milo Yiannopoulos[7] and the similarities between Trump's dehumanizing speech and the speech employed before and during the genocides in Nazi Germany and Rwanda.[8] As Williams writes, "Trump is not Hitler, but the rhetoric he employs isn’t that far off. Hitler wrote that Jews were a 'poison' to national bodies, causing 'a ferment of decomposition' among peoples and races that renders them, in the broader sense, 'a dissolver of human culture.' Trump and many of his appointees have reinvigorated such sentiments with a caustic new life, applying them to everyone from Mexicans to Muslims to Democrats to dead war heroes: low-IQ, lowlife, parasitic, worst-of-the-worst, scummy, wussy, disgraceful, ugly, fat-faced, coddled, vicious, animal, raping, drug-dealing, a bad-very-bad subhuman invasion."[8]

Responding to a piece downplaying worries about artificial intelligence and its effect on privacy, Williams investigated the ways in which AI is used to "translate more and more bits of ourselves into numerical representations."[9]

She cited an article which outlined the current close relationship between a Texas municipality and a company which sells data to police: "...Vigilant Solutions provided police with a suite of ALPR (automated license plate recognition) systems for their police cars and access to Vigilant’s larger database. In return, the local government provided Vigilant with records of outstanding arrest warrants and overdue court fees. A list of 'flagged' license plates associated with outstanding fines are fed into mobile ALPR systems. When a mobile ALPR system on a police car spots a flagged license plate, the cop pulls the driver over and gives them two options: they can pay the outstanding fine on the spot with a credit card (plus at 25 percent 'service fee' that goes directly to Vigilant), or they can be arrested."[10] Williams reiterated the author's concern that "It’s easy to imagine, for example, an AI algorithm on Facebook noticing an underage woman drinking beer in a photograph from a party. That information is sent to the woman’s auto insurance provider, who subscribes to a Facebook program designed to provide this kind of data to credit agencies, health insurers, advertisers, tax officials, and the police. Her auto insurance premium is adjusted accordingly."[10]

Williams is also worried that AI threatens to undermine humans' ability to "compose ourselves fluidly and situationally",[9] etching our worst mistakes and failures onto the permanent record rather than allowing us to be complex, changing beings. She related life in the world of Big Data and social media to the phenomenon of "double consciousness", which describes how African-Americans always need "to be aware of who’s watching."[9] As she described, "Life under these conditions is no longer one’s own creative, whimsical, and enjoyable construction. It becomes about a constant fear of offending."[9]

Taken from:[11]
Williams has received the Romnes Endowment for Excellence in Scholarship from the University of Wisconsin, the Alumnae Achievement Award from Wellesley College, and the Graduate Society Medal from Harvard University.

Statement from the MacArthur Foundation: "Williams’s work has fostered a new form of legal writing and scholarship that integrates personal narrative, critical and literary theory, traditional legal doctrine, and empirical and sociological research. Throughout her career, her essays and columns have challenged cultural constructs of race and gender. Her highly regarded first book, The Alchemy of Race and Rights: A Diary of a Law Professor (1991), is an autobiographical work that illuminates some of America’s most complex problems."[12]