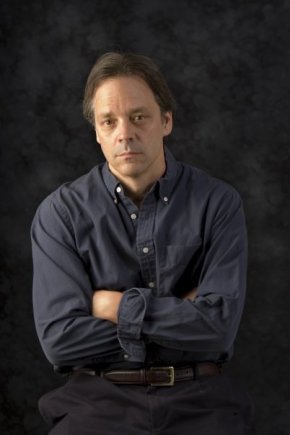 Paul Street is an independent progressive policy researcher,[1] regular contributor to Truthdig[2] and Counterpunch[3] and author of several books, including They Rule: The 1% v. Democracy.[4] His work has also been featured in leftwing publications such as Black Agenda Report[5] and Common Dreams[6]

Street is a vocal critic of the establishment/moderate wing of the Democratic party, whom he calls "corporate Democrats". In a 2019 article he argued racism is largely bipartisan in the U.S., concluding "The Republican Party is a horrific white nationalist, creeping fascist outfit at this point, but despite its rhetoric and appearance of diversity, the Democratic Party is heavily complicit in the nation’s deeply entrenched structural and institutional racism."[7]

In the article, Street criticized Nancy Pelosi for silencing the progressive wing of the party with four women of color at its masthead, saying "It’s good that Pelosi agreed to lead an unusual House vote condemning Trump for his racist comments. Still, the cold fact remains that Pelosi recently told the four assertive and proudly progressive first-term congresswomen of color to, essentially, keep their social media mouths shut after they had the greater decency to publicly oppose other House Democrats’ depressing, Pelosi-led vote to give Trump $450 billion for 'border security'..."[7]

In the same article, he criticized 2020 Democratic presidential contenders Joe Biden, who "boasts of past legislative alliances with segregationist senators",[7] Kamala Harris, who "went to the corporate Chicago Ideas conference six years ago to openly and viciously mock those who think the nation should pour less money into mass incarceration and more into education when it comes to dealing with poor people of color"[7] and Pete Buttigieg, who "has spent years antagonizing South Bend’s extremely impoverished black community by advancing gentrification and backing a racist police department with an ongoing history of using excessive and deadly force against people of color."[7]

In another 2019 article, Street noted the liberal opposition to the Green New Deal, pointing out how everyone from labor union leader Terry O'Sullivan to Slate contributor Mike Pesca to columnist Jonathan Chait to Democratic members of congress Nancy Pelosi and Dick Durbin had criticized or mocked this resolution. Street took especial umbrage with Dianne Feinstein for chastising young climate activists in her office,[8] saying "It is hard to fully process the depth and degree of the dismal, dollar-drenched malevolence on display with the uber-millionaire Senator Feinstein’s performance. It might have been more honest if Feinstein had just screamed 'Eat Shit and Die, Little Kiddies!' at the top of her lungs."[9]

"Lethal" History of the U.S.

In response to a friend's declaration that Trump's America had "become a lethal society",[10] Street wrote a 2019 piece highlighting the history of fascism and violence in U.S. history. Street's retelling began with genocidal massacres committed against Native Americans and their celebration in Theodore Roosevelt's The Winning of the West, which Street dubbed "a white-supremacist paean to Anglo-America’s near-eradication of North America’s original civilizations."[10]

Street also linked "Evangelical Christian barbarism" with "lethal American white nationalism",[10] describing how the same racist beliefs of God-ordained Native American extermination and slavery survived through to modern history, when George W. Bush declared that God had sanctified his invasion of Iraq. Street also describes the Biblical justification for slavery in American history, pointing out how "From the nearly 800,000 words that make up the Bible, American Christian slaveholders, particularly loved two texts... Why did Noah curse Canaan rather than Ham? Why would Ham have been of a different color than his brothers? But so what? In its popularized southern version, labelled “The Curse of Ham,” Canaan was deleted, Ham was turned Black, and Ham’s descendants were turned into Africans. Slaver Simon said so!"[10]

Street also told the American legacy of lynchings from the late 1800's through the mid-1900's, describing how crowds often kept victims' body parts as souvenirs and how "images of Blacks who were lynched and burned to death before large and smiling white crowds were popular on American postcards."[10] He also described the opposition to organized labor during this time period, highlighting a 1919 massacre of over 200 African-Americans who had attempted to join and union, the murder of striking Irish-Americans and other labor workers, and the National Guard's killing of twenty-one striking coal miners in 1914.

As the 20th century began, described Street, "America’s racist-classist-sexist soul-force was increasingly directed at victims beyond the North American continent."[10] He told of the U.S. invasion of the Phillipines between 1898 and 1905 and of Black Haiti in 1915, following then-Secretary of State Robert Lansing's belief that "the African races are devoid of any capacity for political organization [and possessed] an inherent tendency to revert to savagery and to cast aside the shackles of civilization which are irksome to their physical nature."[10] The lethal interventions abroad continued through to the Korean War, where the U.S. engaged in what Street describes as a "practically genocidal three-year bombing campaign... which killed 2 million or more civilians".[10]

Street also noted how the U.S. also engaged in "indirect massacre"[10] in Indonesia and Chile. First, the U.S. helped Indonesian dictator Suharto, who "killed millions of his subjects, targeting communist sympathizers, ethnic Chinese and alleged leftists",[10] gain power in a coup. Then, the U.S. used the same strategy to interfere with Chilean elections, taking down democratically elected president Salvador Allende. Later, Street described how Indonesia's U.S.-armed genocidal occupation of East Timor "killed at least 100,000 of the island’s residents."[10] He concluded the section on military intervention by pointing out the millions of South Asian in Vietnam, Laos, and Cambodia during the Vietnam War.

Street also responded to concerns about Trump's racism in the White House by discussing the long history of racist and imperialist U.S. presidents. He highlighted a telephone exchange between former presidents Richard Nixon and Ronald Reagan where they laughed after Reagan denigrated an African United Nations delegation, saying "To see those, those monkeys from those African countries— damn them, they’re still uncomfortable wearing shoes!"[10] Street also described how "Reagan doubled down on Nixon’s liberal-and red-baiting and racist 'southern strategy' and mass-incarcerationist 'war on drugs'",[10] pointed out the "vicious war presidencies"[10] of the Bushes, called Bill Clinton "racist mass incarcerator Bill 'Three Strikes' Clinton"[10] and called Barack Obama's presidency "the noxious neoliberal imperialism of Wall Street Barry Obomber (the nations silver-tongued “deporter-in-chief” and wrecker of Libya and Honduras)".[10]

Street concluded his piece saying "Fascism won’t come to America. It will emerge out of American history... let us not turn away from how terrible and dangerous what had already happened here and what is happening now, richly consistent with a savagely racist, patriarchal, eco-cidal, authoritarian, and classist Americanism that is as old as this criminal, savagely merciless and “exceptional” nation itself."[10]

In his piece How to Properly Criticize Russiagate,[11] Street made the following statements:

However, Street still claimed that the "Russiagate conspiracy" is vastly overblown, claiming

Skepticism of Legitimacy of U.S. Democracy

In a 2019 piece, Street responded to a slew of mass shootings, noting how public opinion favored banning military-assault weapons and other gun control measures. The public opinion numbers on behalf of banning military-style weaponry and passing other strict gun control measures are extremely high. Street claimed, "In any functioning democracy, such measures would be easily passed in accord with the elementary democratic principle of majority rule"[12] but argued "The United States is not a functioning democracy. It’s not a democracy at all. Not on guns. Not on health insurance. Not on mental health policy. Not on union organizing rights. Not on social welfare. Not on taxation. Not on wages. Not on climate. Not on school funding. Not on “border security: and immigration. Not on criminal justice. Not on "defense" (military empire) spending. Not on the distribution of wealth and income. Not on anything, really."[12]

To support his argument, Street cites a study which claims "government policy . . . reflects the wishes of those with money, not the wishes of the millions of ordinary citizens who turn out every two years to choose among the pre-approved, money-vetted candidates for federal office."[12]

He then laid out an exhaustive list of factors he believes to be hindering true democracy: "campaign finance, candidate-selection, lobbying, and policy agenda-setting power of wealthy individuals, corporations, and interest groups; the special primary election influence of extreme right party activists; the disproportionately affluent, white, and older composition of the active (voting) electorate; the regular manipulation of voter turnout; the widespread dissemination of diversionary, baffling, deceptive, and inaccurate information, images, and narratives; woefully unrepresentative and explicitly anti-democratic political institutions including the Electoral College, the unelected Supreme Court, the extreme over-representation of the predominantly white rural population in the U.S. Senate, and the severe partisan gerrymandering of the House of Representatives’ electoral districts; constitutional and related partisan government gridlock and the fragmentation of authority in government."[12]

Street also described how the Founding Fathers would have approved of the current situation in the U.S., saying "Democracy, it is worth recalling, was the Founding Fathers’ ultimate nightmare. They designed a constitutional order meant precisely to keep popular sovereignty at bay, advancing a definition of 'liberty' that revolved around the protection of property rights (the propertied elite) against the property-less and property-poor majority."[12]

He concluded by casting doubt on the notion that the problems facing everyday Americans can be solved by electoral means, saying "No serious change, no remotely substantive popular sovereignty, no protection and advance of the common good will be forthcoming without prolonged, organized, and massive nonviolent civil disruption– genuine popular resistance."[12] Finally, Street noted "vicious regimes of class rule like ours don’t just disappear without a bloody fight" and called for "a protracted and massive, death-defying popular uprising."[12]

Street discussed the undemocratic background of the U.S. Constitution in a 2019 talk.[13]

Street is based in Iowa City, Iowa and has taught various aspects of U.S. history at a large number of Chicago-area colleges and universities.[1]

He was the Director of Research and Vice President for Research and Planning at the Chicago Urban League from 2000 through 2005,[1][2][14] where he published two major grant-funded studies: The Vicious Circle: Race, Prison, Jobs and Community in Chicago, Illinois and the Nation,[15] and Still Separate, Unequal: Race, Place, Policy and the State of Black Chicago.[16]