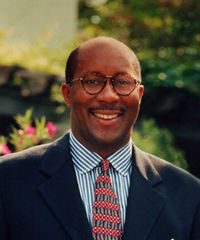 Ron Kirk is a former Philip Morris consultant and former mayor of Dallas who was named on December 18, 2008 by Barack Obama as his choice to be the next U.S. Trade Representative.[1][2] Kirk is a partner at the law firm of Vinson & Elkins LLP, whose website lists as a specialty defending the tobacco industry as well as the pharmaceutical and chemical industries against product liability lawsuits.[3]

Mr. Kirk's past tobacco industry ties are especially relevant to his proposed new position as United States Trade Representative given ongoing efforts by members of Congress and public health organizations to exclude tobacco products from all U.S. trade liberalization agreements and to make sure that the bilateral and multilateral trade agreements involving the United States do not interfere with the global Framework Convention on Tobacco Control treaty (which the United States has yet to ratify) or with any countries’ efforts to prevent and reduce tobacco use and its many harms and costs.[5][6]