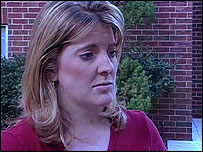 Mindy Tucker Fletcher joined the California state administration as Governor Arnold Schwarzenegger's deputy chief of staff in May 2005. Identifying her main concern as "constituent outreach," Tucker Fletcher said her position "is really an extension of the governor and his relationship with a lot of groups outside state government and outside the state Legislature." [1]

Previous to joining the Schwarzenegger administration, Tucker Fletcher was Senior Vice President of Public Affairs with Ogilvy PR's Sacramento, California office, from January 2004 to May 2005.

Tucker Fletcher has a long history of activism with the Republican Party, including: [2]

In October 2004, PR Week reported that Fletcher "has been brought back to Florida by Victory 2004, a joint operation between the Republican National Committee and Bush-Cheney 2004." Regarding the Kerry campaign's recruiting of some 10,000 lawyers to monitor the November 2, 2004 election in swing states [4], Fletcher remarked, "We knew Florida [would] be an issue, then [the suits] started becoming an issue in 10 states or so. The Democrats just don't like the laws, and they want to overturn them." She also told PR Week that "she and a team of GOP strategists are training spokespeople in swing states to answer questions regarding voter fraud, military ballots, and racial bias."[5]

On October 26, 2004, BBC News reported on a "document obtained from inside Bush campaign headquarters in Florida suggest[ing] a plan - possibly in violation of U.S. law - to disrupt voting in the state's African-American voting districts" by systematically challenging large numbers of black, Democratic-leaning voters in Jacksonville. In response, Fletcher "stated the list was not put together 'in order to create' a challenge list, but refused to say it would not be used in that manner. Rather, she did acknowledge that the party's poll workers will be instructed to challenge voters, 'Where it's stated in the law.'"[6]

Following a labor union action protesting Bush administration overtime policies in October 2004 where protesters "stormed into pro-Bush campaign offices in Miami, Orlando and Tampa ... chanting slogans and shoving a few staffers," Fletcher decried the "atmosphere of 'hate' created by the Kerry campaign." She said, "I think the other side is a Democratic party filled with hate right now. ... This just shows the lengths they will go to to try to harass and intimidate Republicans and people who support President Bush. When you have a presidential candidate who calls the president a liar and his supporters idiots, that's what you end up with on the ground."[7]

In early 2004, Fletcher was active on behalf of California businesses campaigning for or against state ballot measures that would come before voters in November. The Sacramento Bee reported that she "is preparing to organize a coordinated business response to the November ballot measures." Fletcher told the Bee, "The challenge is the number of issues that could be on the ballot that would affect job creation in the state. And businesses are already involved, so for me it's more a matter of involving them from a strategic perspective."[8]