Not to be confused with his father, atmospheric scientist Roger Pielke, Sr..

Roger A. Pielke Jr. is a professor of environmental studies at the Center for Science and Technology Policy Research[2] at the University of Colorado at Boulder.[1]. Dr. Pielke is a prolific and controversial writer; his most recent book setting forth his views is called "The Honest Broker: Making Sense of Science in Policy and Politics," which was published by Cambridge University Press in 2007. His doctorate is in political science.[2]

Some of Dr. Pielke's comments and work have proven to be controversial. Critics note that his work has been frequently cited by "global warming skeptics,"[3] Dr. Pielke and his allies have praised his independence and called his critics "climate McCarthyists."[4] (For more information on who the "skeptics" are and which corporations fund skeptics, SourceWatch has created a global warming skeptic clearinghouse.)

Dr. Pielke's work on climate change effects has been criticized by Dr. Stephen Schneider, who said that with Pielke "one consistent pattern emerges-he is a self-aggrandizer who sets up straw men, knocks them down, and takes credit for being the honest broker to explain the mess-and in fact usually adds little new social science to his analysis [3].

On political views, Dr. Pielke has stated "If you want to know what I think about things that I have some expertise in, just have a look at our blog and my publications and you’ll get a pretty good sense of my views on particular subjects."[5] He has written that he supported Barack Obama's 2008 campaign to be President.[2] Huffington Post writer David Roberts has argued that Dr. Pielke has "been playing footsie with denialists and right-wing ideologues for years; they're his biggest fans."[6] Dr. Pielke describes himself as a "Blue Dog Democrat."[7]

Dr. Pielke has published hundreds of articles in a variety of publications, and some of his statements and arguments have attracted significant controversy. 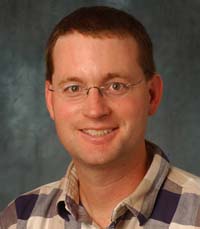 During 110th Congress, Democratic leaders investigated claims by numerous scientists that their research and findings were subject to political interference by members of the Bush Administration, and Dr. Pielke was selected by the Republican minority to testify during that investigation.[8] In the face of voluminous documentation of political interference by the Bush Administration, Dr. Pielke asserted that President Bush's actions were similar to those observed in the Clinton Administration, that science in policy was unavoidably political, and scientists had politicized science.[9]

The Union of Concerned Scientists (UCS), along with many others in the scientific community, strongly disagreed that the Bush Administration's pattern of interference in scientific integrity was simply business as usual in Washington.[10] For example, UCS provided a thorough compilation of the manipulation, suppression, and distortion of critical scientific information in its "A to Z Guide to Political Interference in Science."[11]

To take just one of many examples, Dr. Pieter Tans, a chief scientist at the National Oceanic and Atmospheric Agency’s Global Monitoring Division in Boulder, Colorado--in the same city as Dr. Pielke--"was asked by lab director Dr. David Hofmann to cancel a conference session on energy use and the carbon cycle due to its 'policy implications' and was told that the words 'climate change' could not appear in the titles of any presentations. Hoffman had previously told Tans and other NOAA scientists not to use the word 'Kyoto' in presentations or papers."[12] At the time of this political interference and censorship, Dr. Tans was chair of the Scientific Program Committee for the Seventh International Carbon Dioxide Conference and was preparing to talk about "the dominant role that carbon dioxide plays as a forcing agent in climate change."[13] Dr. Tans was later told that any material dealing with climate change, including his laboratory’s website content, had to be pre-approved at the White House level.[14]

(Dr. Pielke has testified before other House and Senate Committees on climate issues, as listed in detail below.)[15]

In 2006, Dr. Pielke drew parallels between the integrity of a non-scientist government contractor, Ms. Susan Hassol, who was serving as one of the editors of a climate report and who had previously written about climate changes underway, and the highly controversal Bush White House political operative Philip Cooney who edited government reports to downplay the science of climate change.[16] Ms. Hassol is a writer whose work documents climate changes; among other things, she wrote HBO's global warming documentary, Too Hot Not To Handle, which premiered in April 2006.[17]Before joining the Bush White House, Philip Cooney who had spent years on the payroll of the American Petroleum Institute where he worked as a leading lobbyist against regulation of the oil and gas industry and served as the former "climate team leader" of API. After the scandal described below documented that Cooney had extensively revised government scientific conclusions, which Dr. Pielke was referencing, Cooney resigned and took a job with ExxonMobil.)

Specifically, Dr. Pielke stated that "A prominent non-scientist responsible for editing official government reports on climate change is at the exact same time being paid to engage in advocacy work related that that issue. To quote the media question to Scott McClellen regarding the Phil Cooney affair, 'are there not indications of at least the appearance of impropriety?'" Dr. Benjamin Santer of the Lawrence Livermore National Laboratory, who served as the Convening Lead Author of Chapter 5 of the U.S. CCSP Synthesis and Assessment Report 1.1 ("Temperature Trends in the Lower Atmosphere"), argued that this was "a cheap shot," adding that the suggestion that associate editor referenced by Dr. Pielke, Susan Hassol, "is responsible for introducing some form of bias in the Report" could not be "further from the truth."[18] He explained that "Susan Hassol's expertise has been invaluable in helping the authors of the first CCSP Report explain complex scientific issues in terms readily understandable by a lay audience. She has made our Report a better and clearer Report. She has not modified the scientific conclusions of the Report," in contrast to the work of Bush political operative Philip Cooney.

(The House Committee on Oversight and Government Reform issued a report documenting the numerous ways in which Philip Cooney modified the scientific conclusions of materials produced by government scientists. This report includes original documents showing how Cooney added and deleted text to advance a political agenda of undermining confidence in climate change issues and introduce greater doubt that climate change was underway. Links to documentary evidence of this interference is provided in this congressional report noted in the footnote below.[19])

Dr. Pielke responded to Dr. Santer by stating, "Let me reiterate that this post is not to disparage either Mr. Cooney or Ms. Hassol, but to compare and contrast their very similar professional roles and how it seems that each has been treated very differently by the media and commentators, and certainly by scientists."[20] Dr. Pielke noted that he also commented in his original note: "I am sure that Ms. Hassol must be good at what she does, given her resume ..."[21]

Answering a review by Michael Tobis of his book "The Honest Broker" Pielke writes "My concern about climate science is that too many science arbiters and honest brokers have decided to engage in advocacy. The choice to become an advocate is of course a personal one, but I would argue that some place needs to be reserved for honest brokering of policy options, a role best served by authoritative institutions. However, this role that has gone wanting in the context of climate as the IPCC, national academies and professional organizations have all jumped on the advocacy bandwagon to some degree."[22] Pielke goes on to argue that scope for action has been narrowed by the "advocacy" he complains of. In this interesting exchange he also says climate change is like "abortion politics."

Critique of the Predictions of NASA Scientist James Hansen

Tim Lambert has argued that "Pielke's criticism of Hansen's scenarios is badly misconceived. The important input to Hansen's model was the total forcing from greenhouse gasses, but Pielke ignores this to focus on the growth rate of emissions of each gas. For instance, he claims that scenario B was off by a factor of 2 on CO2. This sounds like a lot until you discover that means that emissions grew by 0.5% per year instead of 1% a year. And that works out to scenario B having the concentration of CO2 in the atmosphere within 1% of what has actually happened. Pielke is being much more than a little unfair by calling a prediction that got within 1% of the correct answer as not being "particularly accurate or realistic"."[25]

Dr. Pielke has suggested that hurricanes should be part of the climate change mitigation debate. He published a peer-reviewed study on this topic in the journal Proceedings of the Philosophical Transactions of the Royal Society.[26] This paper updates and extends a study that he originally published in the skeptic journal Energy and Environment, and at the 2007 Fall meeting of the American Geophysical Union, Dr. Pielke gave a joint presentation on hurricanes and climate change with noted global warming skeptic Stephen McIntyre.[27]

The Intergovernmental Panel on Climate Change

In a February 2, 2010 televised interview on BBC TV, Dr. Pielke said his work for the Intergovernmental Panel on Climate Change had been misrepresented in a report produced by the IPCC. In particular, he cited a graph that was included in the report that showed a relationship between rising temperatures and the increasing costs of damages from weather-related occurrences. Dr. Pielke stated he was surprised to see the graph, "because there's no evidence in the literature to suggest that that relationship exists." "Even more troubling," Dr. Pielke said, was the fact that one of IPCC's reviewers asked the IPCC to check with him (Pielke) about this information. Pielke said that the IPCC responded by saying they thought he had changed his mind on the topic. Pielke maintains that this was not true. He also took exception to the IPCC's citing of information in its report from non-peer-reviewed sources, like NGO reports, newspaper articles and information from private sources. Dr. Pielke said that the IPCC must be sure that is has the public's trust and should make it clear when they are relying on non-peer-reviewed sources.[28] (As noted above, however, Dr. Pielke himself has cited his own prior works and others that were not subject to peer review.)

In response to criticism of how its Fourth Assessment Report handled the question of recent trends in economic losses from climate-related disasters, the IPCC issued a statement in January, 2010 saying

"...This section of the IPCC report is a balanced treatment of a complicated and important issue. It clearly makes the point that one study detected an increase in economic losses, corrected for values at risk, but that other studies have not detected such a trend. The tone is balanced, and the section contains many important qualifiers. In writing, reviewing, and editing this section, IPCC procedures were carefully followed to produce the policy-relevant assessment that is the IPCC mandate." [29]

Dr. Pielke has authored or co-authored several books including:

And he has written hundreds of articles published by a variety of publishers. Here are some of the opinions columns written by Dr. Pielke: